Jude spoke of those shepherds who fed themselves and ignored the flock: He states how they spoke evil of what they do not know; and whatever they do know, like brute beasts, they corrupt for themselves.   How they run greedily for profit.  And during our (agapao) love feasts, serving (poimaino), they would feed and tend only to themselves, not the flock.

He describes them as clouds without water, carried about by the winds; late autumn trees without fruit, twice dead, pulled up by the roots, as they tend to their bosko feast.  Other than these two verses where Jesus was speaking to Peter about feeding his lambs and sheep in a bosko fashion, the other usage of Bosko was in the context of the slopping of hogs!  Boskoing was what the position the prodigal son found himself in, prior to coming to his senses.

Now, poimaino is what God calls us to do as his shepherds.  It involves more than just pushing the feed off the back of a truck.  It involves tending to them and their needs with personalized care. It’s a life of giving, not taking. The giving of yourself without restraint or concern for your own needs. This tender care of a poimaino shepherding seems to be a rare model in our western culture. People today are gathered into the shed for their Sunday feeding, and if quality time and personal attention is needed from the shepherd, well that may not happen, and when the time is up, then comes the bill.

There are other verses that shed light on the Greek word poimaino, defining the difference between the bosko approach of feeding, and the tender care of poimaino. It says to be on guard for yourselves and for all the flock, among which the Holy Spirit has made you overseers, to shepherd (poimaino) the bride of Christ which he purchased with his own blood - Acts 20:28. Shepherd (poimaino) the flock of God among you, exercising oversight not under compulsion, but voluntarily, according to the will of God; and not for sordid gain, but with eagerness - 1 Peter 5:2. For the Lamb in the center of the throne shall be their shepherd (poimaino), and shall guide them to springs of the water of life; and God shall wipe every tear from their eyes - Revelation 7:17. Have you ever ask yourself where their tears came from?

As we can all see, poimaino is what Jesus does to and for us as his flock. Jesus asked Peter three times, Do you agapao love me? I agapao you! Are you willing to deny all of your self-interests and love me more than these, your boat, your nets, and even the great catch you just received? Peter, phileo love is not enough to be a true shepherd of my sheep. You said you would never deny me, but I am asking you to deny yourself! You must tend my sheep with agapao love as I have loved you.

Your life is no longer your own. You can no longer address yourself in what you like, nor step out and walk in the power of your old nature. You must be so shrouded by my love that you cannot help but lay down your life for my flock and love them like I do. Brotherly love is not enough. It will fail you in the work that I am calling you into. You must agapao me and my flock and become that servant, not seeking your own interests, but the interests of others. You must die to selfish gain. Your old man will not make the grade to where I am leading you.

You who would be great . . . are you ready to be a lowly servant of all and cast away a life that would consume you? Or are you still girding up yourselves, going and leading the flock where you want to go? If so, take note, Jesus doesn't take your presumptuous ways with his sheep lightly. We need to ask our own hearts, Do we agapao love our Lord? If we do, it will show in the way we treat his sheep. If someone says, "I love (agapao) God," and hates his brother, he is a liar; for the one who does not love [agapao] his brother whom he has seen, cannot love God whom he has not seen - 1 John 4:20.

In Christ's dealings with Simon Peter we see the making of a true shepherd. Contrary to popular opinion, true shepherds are not made in seminaries. Neither do men ordain them. They are birthed in crisis. Such was the case with Simon, surnamed Peter.  The name Peter is a prophetic name, descriptive of God's calling and destiny for Simon.  When Andrew introduced his brother Simon to Jesus for the first time, Jesus looked beyond the flesh and blood Simon, beyond the motley fisherman with his rough exterior and his rash and sometimes thoughtless behavior, to a calling and destiny that only He could see.  Only He could see Peter in Simon.

The Making of a True Shepherd

Jesus looked at him, and said, "You are Simon the son of Jonah. You shall be called Cephas" which is by interpretation, Peter!  John 1:41-42 This name Peter means a stone, and denotes sureness and steadfastness.  We need not read too far in the gospel narrative to discover that Simon was anything but sure and steadfast.  How was it that this impetuous fisherman would become a rock?  It all began with a great crisis.  In Luke 22:31,32, Jesus warned Simon of this crisis.  And the Lord said, Simon, behold, Satan has desired to have you, that he may sift you as wheat: But I have prayed for you, that your faith fail not: and when you are converted, strengthen your brethren.  Jesus warned Peter, admonishing him regarding the nature of the trial just before him.  It is a sifting, and sifting is a process by which unwanted elements are removed from the precious grain. It speaks of a separation.  Such was the case with Simon.  For the barrier between Simon and the reality of all that the prophetic name Peter implied, was a wilderness of temptation, a sifting, designed to winnow the natural strength of Simon that it might be blown away like the chaff at the summer threshing floor.

In passing through this God-ordained stripping, Simon would come to see the utter futility of attempting to follow Jesus in the strength of his own soul. In what must have been perceived as an utter state of failure and shame, Simon would learn to have no confidence in his flesh.  He would learn to distrust his own resolve and tenacity.  He would be converted from one life-source to another, from his natural strength, into the life and recourses of Christ. Oh, how Simon loved the lord! Surely if anyone would follow Christ to the very end, Simon would! But little did Simon know that just before him was a testing, a sifting that would shake him to the core of his being.  Things looked dismal for he had not only failed to lay down his life for Christ but had even denied Christ three times, in order to save it.  Simon had been winnowed and the chaff of self-confidence and self-reliance had been blown away.  Simon was left in the constant memory of his utter failure, the very words of Jesus, "when you are converted, strengthen your brethren," were all but forgotten.

It was imperative that Simon's faith in his natural strength, resolve and abilities should fail him. Simon, in his own strength, could not embrace the cross. His bold declaration "even if I have to die with you, I will never deny you!" echoed in his mind, in condemning tones, as a haunting and constant reminder of his weakness.  Simon would not make the same mistake twice.  He would never again overstate his strength and resolve.  However on that faithful day Jesus asked him those three telling questions, Simon would be sorely tempted.  Jesus would test Simon, giving him every opportunity to repeat those fatal words.

Laying Your Life Down for the Sheep

Simon could never lay down his life for Jesus but Peter could, and he did.  More than any other apostle, the faults of Simon have been put on display, even documented in the scriptures for generation after generation for all to read.  It seems that none of Peter's challenges have been left out.  But for us, as we look upon Simon, we know there is hope. But we also see the method, the principle means, by which God makes gentle shepherds out of rough old fishermen.

This sifting of Simon represents a vivid picture of how God continues to sift those whom he has called, that one day they would be of great service and truly tend to his sheep.  Christ has seen our desire to serve him, but before we can truly poimaino Christ's sheep, before we can strengthen the brethren, we must go through the sifting, that our natural Simon-like strength would be winnowed and blown away by the Wind of God's Spirit. 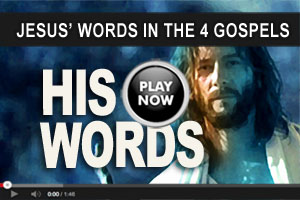