The Past Has A Way Of Repeating Itself

A group that came out of exile to rebuild the temple.  That’s what God wanted, and that's what was being prophesied.  Zachariah, whom we've all come to know very well was there when the job was completed.  As a priest and a minor prophet, he now executed his duties in the revived, renewed and restored temple.

In the meantime, his son John was nowhere to be found.  That would be his son known as John the Baptist!  John decided to hang out in the wilderness with all the locusts and honey!  He decided that he was going to blaze his own trail.  As Zachariah was out doing his priestly duties I’m sure the boys who hung around Zach were probably wondering what the deal was with regards to his son.  Why was Zach not dragging his son out and dialing him up for temple duties.

The bizarre thing is that God ordained Zachariah to be a priest, to help minister in the temple, taking his rightful time slots in the holy of holies.  His son, around the same time, was also ordained to play his part.  Obviously the call was a little different than his dad as he found himself as one crying out in the wilderness.  As Zach played his part in the sacrificing of the lamb, John was playing his part as one being a voice for the coming Lamb.  If both were called, and both were ordained, then what we have here is a major time of transition.  A major shift set in motion for a movement, where life as we know it, will not ever be the same!

Well today, prophetically, we are in the middle of another major historical shift!  In the last five, ten, fifteen to twenty years, there has been a huge shift.  It was during this period up to 80% of the church left the building, leaving the walls behind.  Like John the Baptist, they all went into the wilderness.

You see, it’s in the wilderness that the Spirit of Elijah has a chance of being established in ones life.  As it consumed John in his time, so will it consume this group during this present time, and this group is a massive group that is being shaped for a time such as this.

In our lifetime, God has once again established the “What Was” and the “What Is” for the “What Will Be”.  We are about to walk into the apostolic age, the ministry of the fivefold as Jesus intended.  We are once again embarking into a world without walls, both in the natural and in the spiritual.  It really comes down to Jesus being in me, the hope of His Fathers glory!  Especially when we are about to enter extreme times of tribulation.  For in a very short time the world as we know it will not be the same.

Destinies are about to be released! The dysfunction in the days of the “what was”, made it impossible to release the destinies in this massive group. God took the whole lot and steered them into the wilderness, and this massive group is about to come out of the wilderness.  Tribulation will bring these ones to the forefront.  They are going to be a motley looking bunch of Bravehearts, nothing like the “What Was”.  They will have the fire of Elijah upon them as they burn up the harvest fields!  Gods desire is that the “What Was” now honour the “What Is” as these Bravehearts begin to move forward.  And the “What Is” will honour the “What Was” as they search out for their spiritual mothers and fathers.  In this time frame, the honouring of one another is important.

The new model of the “what is”, is a whole lot different than the “what was”.  The last movement was “Pastoral”, this new movement is “Apostolic” shrouded with an amazing presence of the “Prophetic”.  Why?  Well when movement moves outside the walls, it needs to hear the prophetic voice of God.  With that the Apostolic, the Prophetic, the Evangelistic, the Pastoral and the Teacher will now walk in its proper alignment.  It can now move down the harvest field as the ekklesia team as Jesus originally intended. 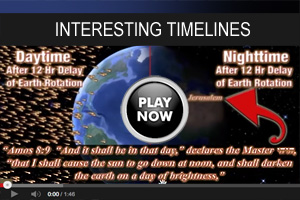