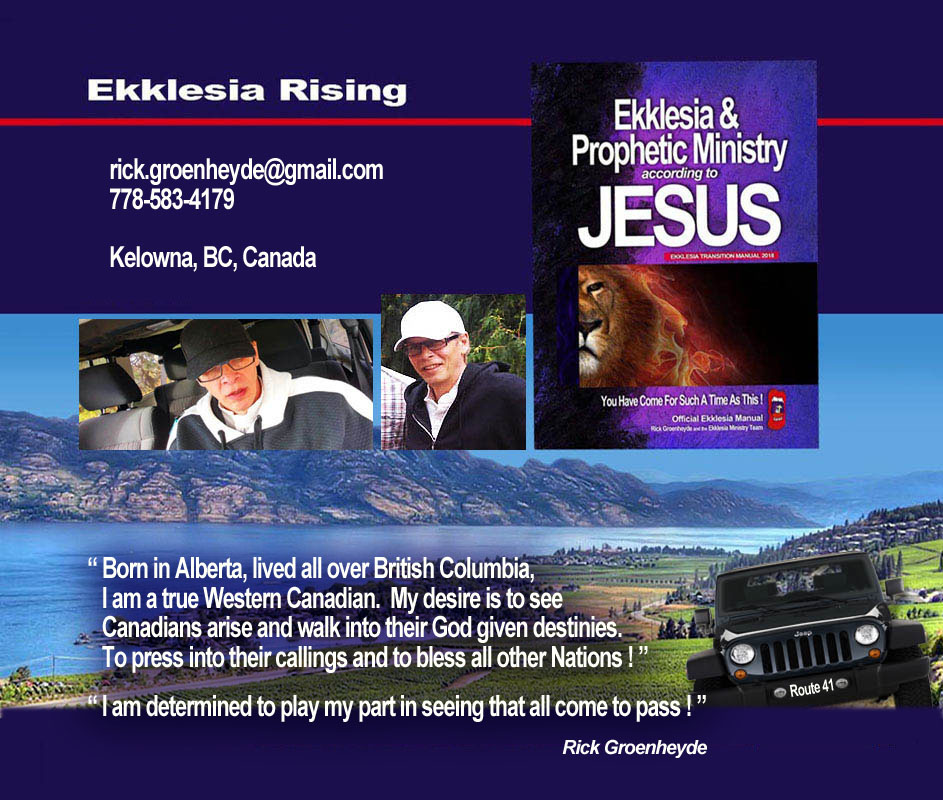 When I first came to the Lord, the Kingdom of Heaven played a big part in my life.  Watching this world within a world unfold before me has taken me on an incredible journey.  It truely was and still is a continuation of the Book of Acts.  Instantly a group of us launched the Solid Rock Revival Cafe in the Westend of a Major City.  Brought in live contemporary gospel bands every weekend for 2 years, — many came to the Lord.  Not long after we all volunteered at the Maximum and Minimum Prisons.  Some of the toughest guys and gals came to know Jesus.

I was constantly connected with Home Groups and it was through the home group setting that we saw signs, wonders, healing, and deliverances.  We learned to function as a group where no one was left behind.  Once a week we'd go into those tough districts and feed the poor and pray for the hurting and the sick.  Joined a Pastorial Internship Program and upon graduation was released to plant a church.  Instead of church planting I joined up with a Set Free Ministry Team.  Ended up teaching to a large home group in a Westcoast Village about Prophetic Ministry for over a year. Published the first issue of the magazine called Wine Press Release.

Up to this point, my journey had everything to do with Salvation and releasing the power behind the Kingdom of Heaven.  Then five years ago I received a revelation on Ekklesia and the Ministry of Jesus, a revelation of how it was always meant to be according to Jesus, and an understanding what it is to truly take care of the Father's Business, — and I have been running with that message ever since.