Breathing Upon the Embers

On three occasions heaven clearly showed, through prophetic dreams, that the BREATH OF THE LORD is going to play a big part during this next major shift.   The impact of that breath is going to release something that will have the same impact as when God breathed upon that sand giving Adam life, it will be as powerful as when he breathed upon the valley of dry bones when raising that army.  And now, that powerful breath, is about to breathe upon a remnant of people who have been tucked away in the wilderness.  This life giving breath will fan an amazing movement as He blows upon the embers of the scattered, for we have entered a season where God is calling the embers of the scattered to start gathering.  He is about to reignite, and together these embers will release a fiery manifestation of Jesus himself, the likes that we have not seen for a while.  Nothing in our present timeframe can be compared to what is about to be release.

As Jesus spoke to Peter about an Ekklesia moment (that true revelation of a government that is totally backed by heaven . . . as demonstrated in the early days) so will there be another ekklesia demonstration, but much greater.   This rock of revelation will once again rise to the forefront.  A powerful demonstration of Gods breath set in motion for a time such as this, and we are about to get caught up in a powerful presence of Jesus himself once again!  As Jesus initiated that authority of a powerful heavenly government upon the original apostles, so will He initiate it again prior to His coming.  It will be a refined apostolic model, nothing like the apostolic models that we have been accustomed too.  As it humbly began with the twelve back then, so will it humbly begin with the scattered now, and the numbers of the scattered is huge!  God is now calling for the gathering of those that are scattered. He is about to set His plan in motion.  It’s the whole manger experience all over again.  The obscure coming out from that hidden place, with all the permissions to flex the kingdom.

Many of this remnant have been defined individually during their desert times, and many may not even know that they have been shaped for a time such as this. And now he is about to define them corporately as they converge . He is going to take what seemed dysfunctional and turn it into a model as originally intended by heaven.   From something scattered to something gathered.  It will be an ekklesia moment fanned into an ekklesia movement.  From something dysfunctional, to something highly designed to function once again.  As he breathed upon the original apostolic model, releasing them into the fire of the Holy Spirit, so is he personally going to breathe upon us today, those of us that are truly his! He will restore what was lost and repair what was broken.  It will be a time of refreshing as it all comes into his alignment.  Only those that truly know his voice will come into his alignment.

The written word itself will once again be released with amazing life, and the prophetic word will once again be released with an amazing level of intel as it strikes to the core.   The religious camp will no longer have its way with this remnant.  What He is about to do is new!  He is creating a level playing field and all have a part to play when it comes to this release.  The family is about to be aligned and it is about to expand. Any models from our past season will not work with this coming expansion.  God is about to do a new thing.  The reason why it is new is because we have never experienced anything like it in our time.  This thing called new was really the original plan back in the day . . . back when He the Lord had his original twelve.  As that small gathering walked with an amazing revelation of Jesus back then, so are we are about to walk into an amazing revelation of Jesus today . . . more than ever as he engages deeper with us in this new season.

Now as God directs us into these humble manger of beginnings, don’t be falling for those strong horses of the past who will once again rise up with their dog and pony shows . . . the ones that took us freefalling in the last season.   With sincerity of heart and with good intentions, they will rise up once again as they prepare their own banqueting tables while honor themselves.  In the past two years I have seen this old model attempt to carry the new, and on both occasions, momentum was devoured, bringing it to a complete halt as it redirected the whole movement back into the polluted waters.  Now cloaked, while walking in self-preservation, these puppet shows now attempt to move on, as the false prophetic fuels their strange fire!

Jesus really is the show! It really is all about Him! He is the name above names! He is what ministry is all about !   He, and He alone should be the one lifted up!  And according to Isaiah 55, this show is free!  This present call is really to gather humbly, and we need to start moving in that direction. For most of us coming out of the wilderness . . . we have been humbled.  Some are still weeping from the revelation that came out of our wilderness experiences.  So now is the time to honor one another as we start to gather, we need to see the value in each other as we converge, we need to recognise all those treasures that God has deposited in each and every one of us as He starts to develop us as a group.  We need to leave the past behind and not let the past dictate our amazing future, and that means leaving the old models behind.  It really is time to move forward and work as a team, and not allow the big dogs to steal the show.  That whole dog and pony show, cloaked as the real deal, is something that we really need to leave behind. Our need to strike up the band . . . needs to stay buried in that back yard where it belongs!

When the homeboys are pushed aside by the visiting road show, then those strong ones have once again grabbed the reigns for that big show.   Those big boys back in the day are now called to be the biggest servers of today as they help in the momentum of what God is releasing today. Going from the front of the line to the back of the line, ushering those who are in the back of the line up to the front of the line, is really what their call is for this coming season.  Those coming out of the wilderness, are in serious need of spiritual fathers and mothers.  And those coming out of the wilderness, especially those called to lead . . . have been called to guard the wells as territory is gained.  The defining of character comes with territory, and that territory involves the releasing of wellsprings from those that have been defined; and those wells need to be guarded.  Apostolic alignment is more important than any hype of renewal that’s coming out of the wood work, for without it; it will become another free falling experience as we once again place the cart in front of the horse.  As this apostolic alignment kicks into place with the already carved out heavenly alignment, the family will drastically expand as it moves down the harvest field as a unified team.  And with amazing 5-fold power, this family will claim all its territory, never losing ground like the last season that we just walked out of.

We at Ekklesia Rising may not have all the answers to the so many questions about this unfolding season, and we may not have all the correct language to speak as to where it all seems to be heading, but the one thing we do know is that if we gather, His breath will come upon us and reignite the embers into a powerful alignment.   So as you move in this direction, as described in this article, ask God to breathe a freshness upon your gathering - and you will receive, like back in the day, that upper room experience. . . for that part of our amazing history has never changed! 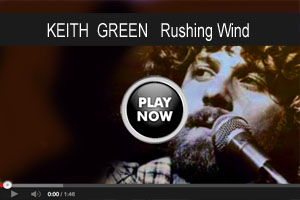